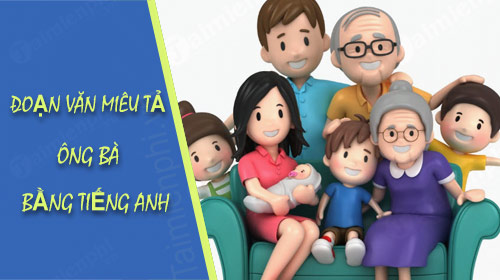 People normally have a honeyed relationship with their mum and dad. However, I am the exception. If my grandma is a kangaroo, I should be the little one inside her bag. We have such chummy relationship because I live with her since I was a newborn baby.

My grandma has short, curly and dense hair with black pearl color even though she is nearly 80. She loves laugh especially on jokes I made. When she is laughing, her eyes look like a pair of rainbow. Because of her optimistic personality, my home is harmonious and full of laughter all the time. I was affected a lot by my cheerful grandma. At my young age, she taught me that it is good to be brave, follow your heart and never give up no matter there is any difficulty discouraging you. For example, when I feel disappointed with the poor examination result, she would give me a hug with a sweet smell of rose came from her favorite hand cream, however, said with fish like smell (as she loves eat fish so much)

She just like a farmer who keeps nurturing the positive power on me as time goes by. Grandma is thin, short and always wears ancient clothes. Her outfit may make her look weak but she is actually a capable woman who built a shell protecting me from those “monsters”. I should have no worry as someone always stays behind me during my hard time.

My grandma is a hardworking person and also the expert of making noise. When I was fighting with my assignment, she made some “background music” that kept drawing my attention. Except non-stop talking with her microphone voice, there was “ti ti dik dik” noise which came from my grandma’s slippers because she was walking like a busy puppy along the corridor for doing housework.

The bond between grandparents and grandchildren cannot be described in words. Grandparents do not only inculcate good habits and moral values in the kids but also become their best buddies when it comes to having unlimited fun. While the parents try to provide all that they can to their kids for their all round development, their growth is incomplete without their grandparents.

Unfortunately, the growing trend of the nuclear families has limited the contact between the grandchildren and grandparents and both tend to miss out on a lot owing to this. Parents must take out time and take their children to their grandparents’ place every once in a while to maintain the bond or call them over to stay. If meeting doesn’t seem possible as often then it is suggested to help them stay in touch with each other via phone or other means.

Grandparents share a very special bond with their grandchildren. They get along well and are in their happiest state in each other’s company. In certain families, this bond is stronger than that of the parent and child. The love and affection the grandparents shower on their grand children is simply unmatched.

Bond between Grandparents and Grandchildren

While earlier children got to spend abundance of time with their grandparents, however, due to the growing trend of the nuclear family system they don’t get to see each other as often. While the parents have numerous personal and professional commitments to fulfil and cannot spare enough time to take their kids to the grandparents frequently, however, they must look for ways to ensure the two spend quality time with each other often enough. Here are a few tips that can come handy in this direction:

If you cannot visit your parents often or are unable to stay back due to your professional commitments then you can drop your children for a couple of days or call your parents to stay over at your place.

Travelling frequently can be a hassle, however, that should not dither you from staying in touch. Make sure your kids speak to your parents regularly via phone or video call.

You can also ask your children to post hand-written letters and cards to their grandparents. This may sound a bit old-fashioned but it can certainly make a lasting impact and nurture their bond.

Sending gifts has become easier with the advent of e-commerce portals. Make your kids select gifts for their grandparents and send them on special occasions.

The life lessons that grandparents teach cannot be learned by reading any number of books or attending any class. Parents are the connecting point between grandchildren and grandparents and they must take it as a responsibility to ensure they keep this connection alive.